Fun Button (Press at own risk)

My most recent project is a rewrite of the elm-reacor in the Elm language itself, with a better style (somewhat in the vein of GitHub’s style see the mockup).

To make it pretty I wanted to add icons for files and folders, since navigating files without icons is just boring. I was pessimistic about my chances to find good ones, because they’d have to have an an open license that allows me to use them freely.

In the past I’ve had plenty of situations where I’d have liked to have some pretty icons for a (web) project, though I never thought of just googling for open source icons. This time I did and my first search immediately yielded this awesome project which is a collection of very pretty, MIT licensed icons that you can use and alter however you want.

I used to think that only the developer community was creating awesome projects like Linux, Haskell, pandoc, jQuery and such for free and with publicly available sources. Turns out there are artists doing a very similar thing with pictures and icons. I am ashamed I didn’t think it possible.

This is what the project looks like right now: 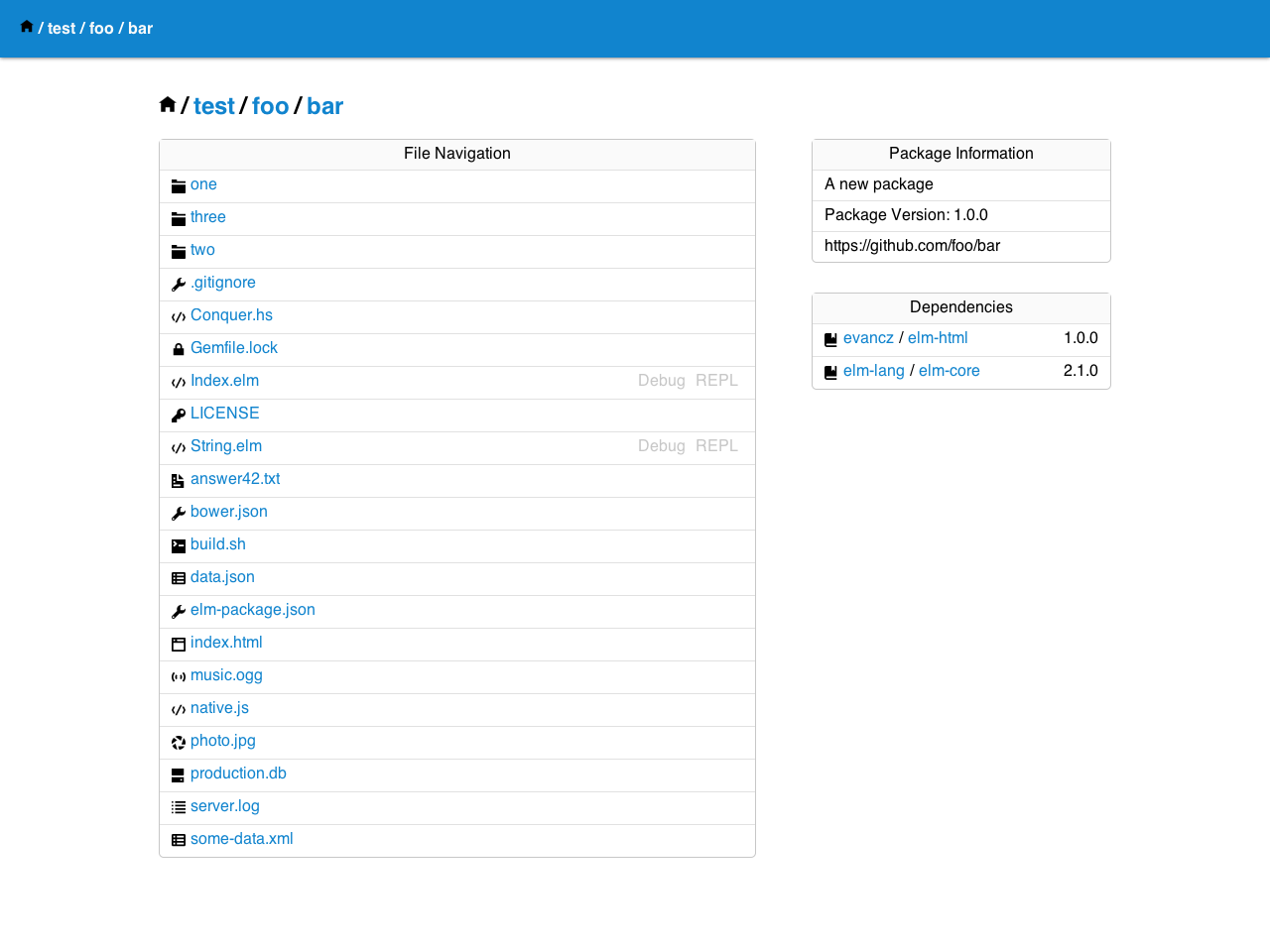 So I’ve found way more and way prettier icons that I’d hoped for, with very little effort. I’d strongly encourage you, if you have the need for some icons or pictures as well, give a search “open source icons” a try, you’ll probably find something awesome.

PS: If the icons are open source git submodules is a great way of adding them to your project as dependency that does not artificially inflate your git repository.